CHINA DAILY:Uzbekistan benefits from the arrival of Chinese agricultural technologies 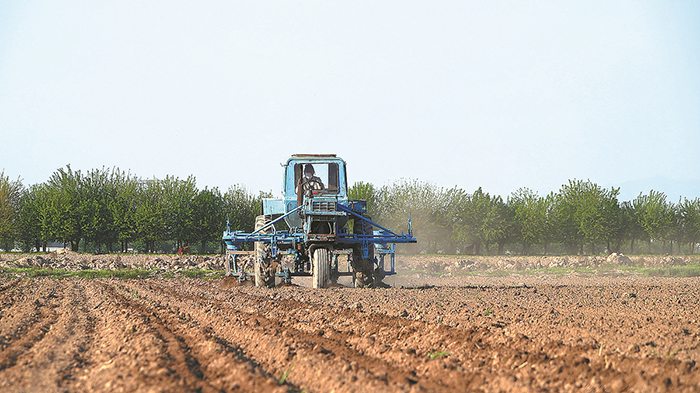 The cotton-picking season arrives in Uzbekistan this month. [Photo/Xinhua]

The arrival of Chinese experts and agricultural technologies have brought hopes of higher yields, lower costs and increased income for thousands of cotton farmers in Uzbekistan.

Since 2018, the Institute of Cotton Research affiliated with the Chinese Academy of Agricultural Sciences has piloted a cotton production program in four regions of Uzbekistan, including a cotton field covering 50 hectares in Syrdarya and such fields covering a total of 18 hectares in three other regions.

Researchers for the program piloted China's cutting-edge technologies in cotton production, including the use of mulch film, the tailored application of fertilizers based on soil conditions, green pest control technologies and drip irrigation technology.

Ma Xiongfeng, deputy head of the institute, said, "The experimentation has been a resounding success."

"More important, the technology only requires one-third the amount of irrigation water normally required for local fields－significant progress for Uzbekistan, which has long faced challenges from drought," he said.

Cotton is often referred to as Uzbekistan's "white gold". According to the institute, the area of land used to grow cotton in Uzbekistan accounts for two-thirds of the total in Central Asia, and 40 percent of the nation's total farmland.

Cultivating cotton is a source of income for half the Uzbek population, and the introduction of China's cotton varieties and planting technologies is part of broader efforts to increase yield and farmers' incomes, Ma said.

The pilot project's success was greeted with positive feedback from the government in Uzbekistan.

Uzbek President Shavkat Mirziyoyev signed a presidential decree in December 2018, calling for the establishment of a special committee to bring Chinese cotton planting technology to the Central Asian nation.

According to the decree, more than 10 percent of the cotton fields in Uzbekistan will adopt the technology from China.

In August 2020, the seeds of six cotton varieties developed by the institute obtained approval from the Ministry of Agriculture and Rural Affairs in China for exports to Uzbekistan and Tajikistan.

Uzbekistan's cotton yield this year has been threatened by a lingering heat wave, according to the website of the nation's president. 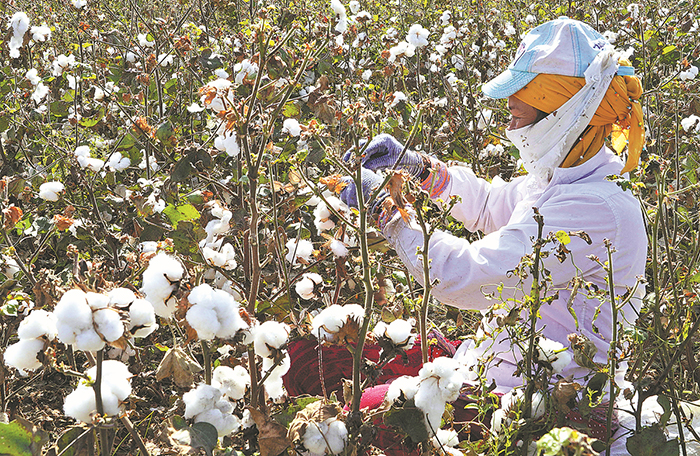 The cotton-picking season arrives in Uzbekistan this month. [Photo/Xinhua]

During a meeting on July 27, Mirziyoyev highlighted new challenges in the cotton industry as a result of climate change, with the lingering heat this year forcing the sector into a state of emergency.

He said the nation must mobilize all resources to tap the potential of cotton production, including the use of scientific approaches in seed production, variety selection, fertilization, irrigation and pest control.

Ma said it is important for China and Uzbekistan to strengthen cooperation in their response to climate change in the cotton industry.

He said the introduction and promotion of Chinese technologies in Uzbekistan must be supported by the promotion of relevant materials and equipment, many of which cannot be produced locally.

"It will be a step-by-step process. We need more Chinese agribusinesses to invest in Uzbekistan so that farmers can obtain the required production materials to support their technology upgrades," he added.

The cotton project is only part of broader steps in agricultural cooperation between China and Uzbekistan.

In the Syrdarya region, Yangling Modern Agriculture International Cooperation Co is developing a pilot park for modern agricultural science and technology, including the growth of new varieties such as peanuts, soybeans and corn.

China continued to be Uzbekistan's largest trading partner, largest source of imports, and largest export destination in the first half of this year, with the bilateral trading volume rising by 34.4 percent year-on-year to $4.53 billion, according to the Chinese Ministry of Commerce.